Comes now Jessene Roe Beecroft, (hereinafter, Affiant )an American National, with no affiliation with the American Bar Association.  Of lawful age and competent to testify ,and having first hand knowledge of the following facts ,do hereby declare that facts stated herein are true correct and not misleading .  Do this 334th Day in the Year of Yahweh 6019 translated (26th Day of February 2018) write an updated Report and Formal Complaint of Multiple Violations, of The Universal Declaration of Human Rights. On the day of  September eighteenth, 2013- At claimant’s home that was at 1903 Highway 511 Navajo Dam ,New Mexico 87419

Affiant was kidnapped (arrested )by Gary Mauldin (respondent # 2 )a San Juan County Sheriff. He put his hand on his gun and said “come on I’m not gonna stand here and argue with your Mom all Day.”

END_OF_DOCUMENT_TOKEN_TO_BE_REPLACED

Communism has been outlawed within the U.S. and The United States of America. All communist party members are subject to arrest, detention and exile regardless of employment.

Hereby published by the committee of the National assembly for the Government of The United States of America,

International Arrest Warrant issued against the original Charter of the Bank of New York 1784 brought forward to the present time! — American Herald

The entire governmental system only exists in your mind. Government exists as a Trust of a Bank only your mind.

In our continuing efforts to shed more light upon the connections between America and Britain, we would like to show that the U. S. legal system is not only built upon the British Bar, but is, in fact, still subject to it.

The trustee hereby declares, and

BE IT RESOLVED: that the intangible property right to use the public highways within the States of the Union is hereby transferred to the JESSENE ROE BEECROFT -PMA and the trustee hereby declares, and

BE IT RESOLVED: that the fingerprints, saliva, blood type and DNA of Jessene Roe Beecroft are hereby transferred to JESSENE ROE BEECROFT – PMA and,

BE IT RESOLVED:, that the images in whatever form of Jessene Roe Beecroft are hereby transferred to JESSENE ROE BEECROFT- PMA, and

BE IT RESOLVED: that JESSENE ROE BEECROFT- PMA does not recognize any third parties herein, and

BE IT RESOLVED:, that the recognition of any court outside of JESSENE ROE BEECROFT – PMA does not exist, and

BE IT RESOLVED: that any and all third party claims shall be heard within the General Postmaster Council for the Government of The United States of America as claimants against JESSENE ROE BEECROFT -PMA, and

BE IT RESOLVED, that anyone that wishes to rebut this, is given 15 days from the date documented.

PUBLISHED BY THE REIGN OF THE HEAVENS SOCIETY POST ON 02-02-2019 INTERNATIONAL PUBLIC NOTICE The committee of the National assembly for the Government of The United States of America hereby issues its first international notice to the U.S. Supreme Court as it pertains to an order issued under Roe v. Wade, 410 U.S. 113 (1973)! 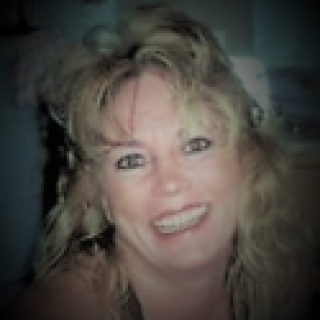